Star Plus. Always a Star

Over the past few weeks Laura has shot portraits of some dazzlingly pretty faces. They’re not summer-sleek, or well-groomed. They’re winter woolly bears and they’re been playing in the mud. But these are some of the prettiest faces I know. 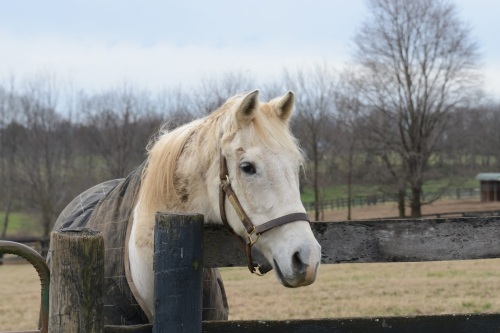 They say horses can’t smile, but since miniture donkey Gorgeous George has come into his life, Breeders’ Cup Classic winner Alphabet Soup often wears this expression. Perhaps “they” would care to rethink?

“I am a hero of the silver screen.” Popcorn Deelites. 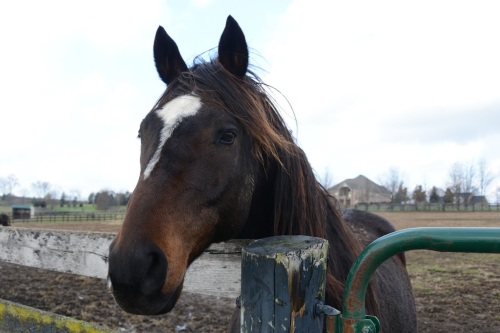 “Let me show you big guys the meaning of glam.” Little Silver Charm, of course.

But I’d especially like to share with you some pretty faces that aren’t as often seen by the public, since they don’t live on the regular tour route. 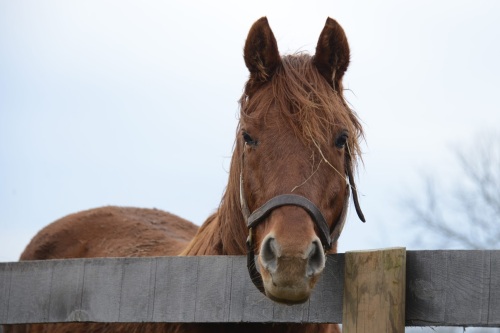 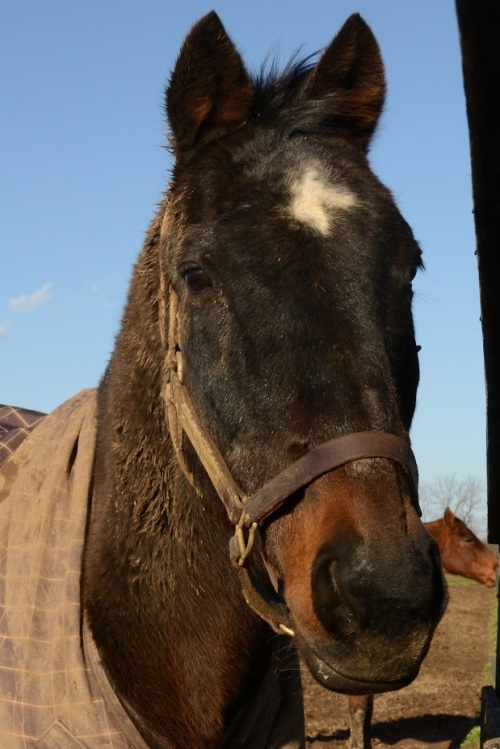 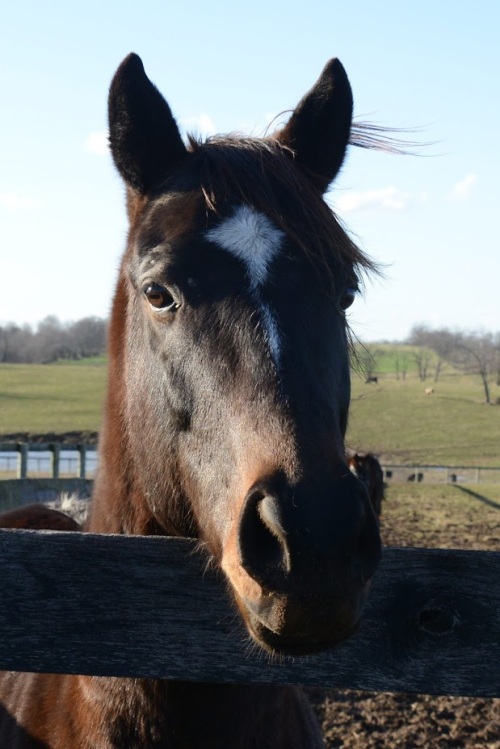 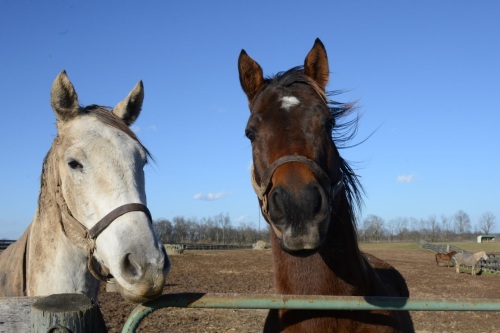 Skip’s World (grandson of the great Skip Away) and El Brujo.

Shadow Caster and Areyoutalkintome. “Posing? Us? What makes you say that?” 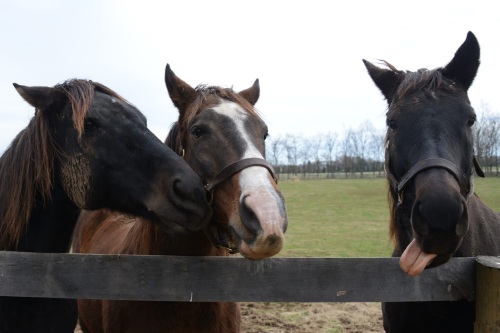 “We’re not posing. We come by it naturally.” Riversrunrylee, Padua’s Pride and Cajun Beat. 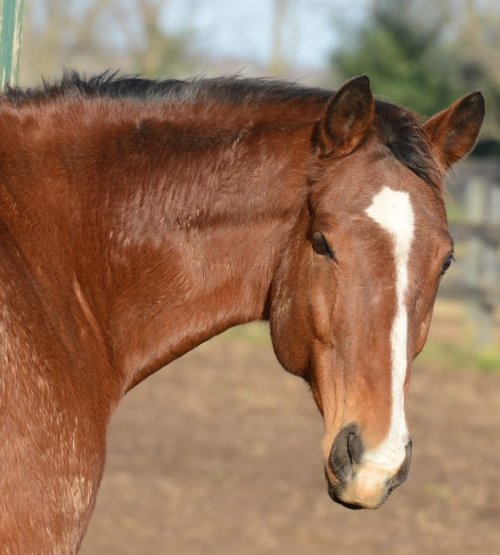 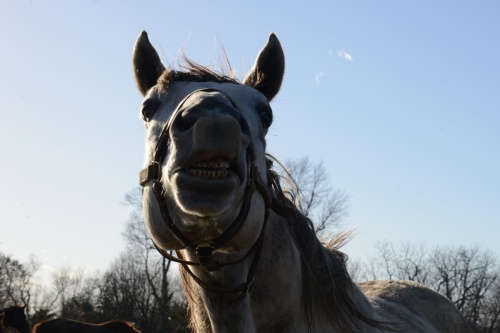 Jimbo Fallon does his best camel imitation (being really tall helps a lot). 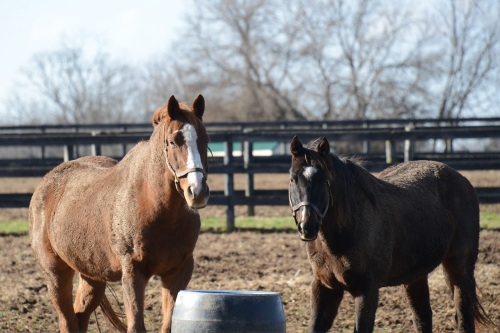 Geronimo and Ready’s Rocket. “Who, us?” 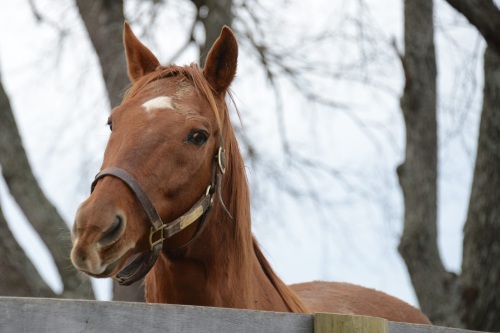 Daytona. Did I remember to say, especially pretty faces? 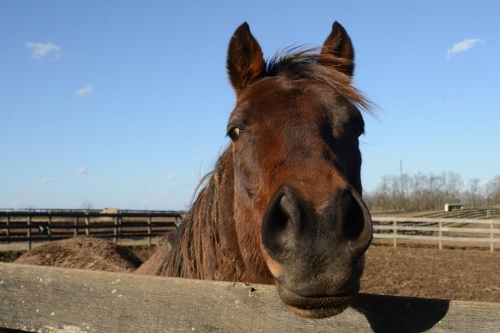 Bobby Sands, a son of Gulch.

Commatothetop. Some pictures speak for themselves. But does this one?

Meanwhile, back on the front of the farm… 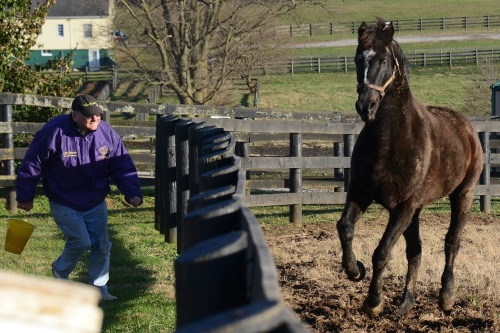 Speaking of pictures speaking for themselves, Himself (War Emblem, that is) and Michael.

And an old boy, lookin’ so good. The one and only You and I.